In his address to the Sydney Mining Club today, Newcrest CEO Sandeep Biswas talked about how their data science collaboration with PETRA had ‘eliminated mill overloads at Lihir’:

“At Lihir, our three mills had been experiencing multiple overload events each year, resulting in significant downtime. Traditional engineering-based approaches had failed to adequately identify when overload events would occur.

Over 360 million lines of data across 130 variables were collected, and by cross-referencing this big data, the Petra team was able to identify causal factors and develop machine-learning algorithms which could predict future outages.”

Unplanned downtime at the start of the processing circuit, in an area such as grinding, meant lost production and revenue as well as the safety issues associated with isolating, entering and digging out a mill in order to get it going again.

There was a huge amount of data that comes off a SAG mill – noise was recorded, power, speed, energy consumption and control parameters – there were hundreds of measurements, usually taken at five-second intervals that needed to be analysed.

For example; in this case, engineering knowledge was used to create an additional 650 engineered signals from the original 143 raw signals for each SAG mill (about 800 signals per mill).

Including engineered signals in the algorithm development significantly increased the accuracy of the algorithms. 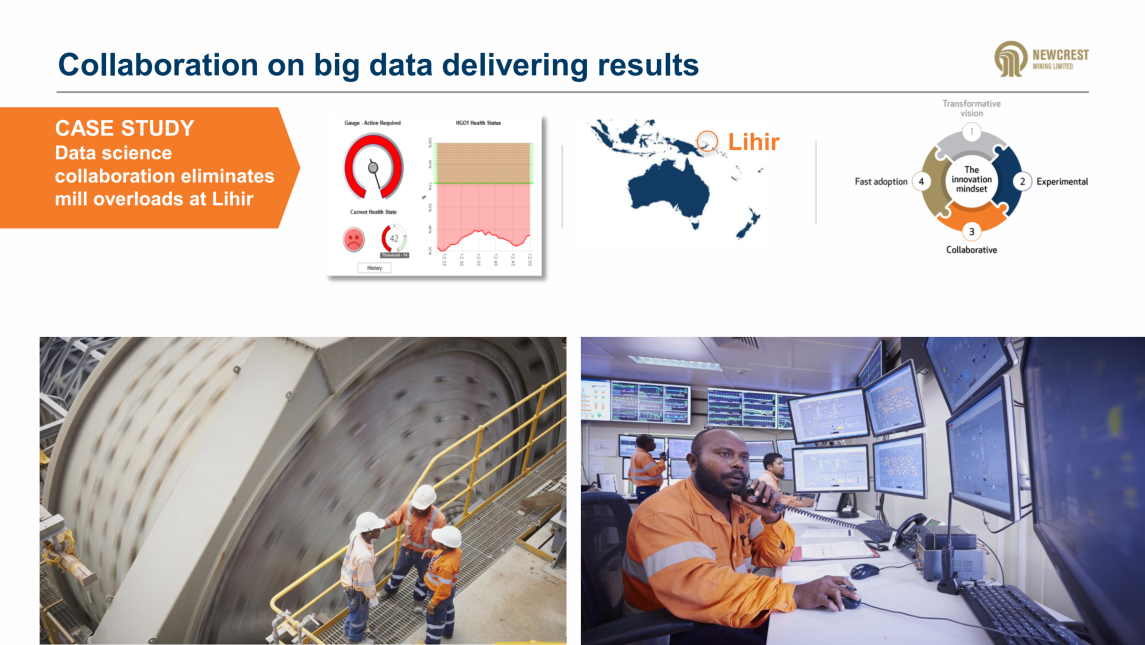 The FORESTALL algorithm was deployed on site via the direct control system and appeared as a warning or alert on the control room monitors.

A  few of the significant inputs to the FORESTALL algorithm, called predictors, pointed to the culprit, the mill lubrication system.

FORESTALL is available now for demonstration, please contact us to arrange a walk through.